A JavaScript-Friendly .NET Based TypeScript Library

Or support by taking this course: https://www.udemy.com/stepping-up-to-typescript-fundamentals/

The intention of this project to to allow for the evolution of a .NET based TypeScript (and resultant JavaScript) library. Contributions are welcomed as the .NET Library (meaning it's class structure and classes, not necessarily its content) has a substantial amount of usefulness. With the open sourcing of .NET, TypeScript seems the most logical means to take advantage of it. Typing, generics, classes, modules, inheritance, all are required to make a resultant JavaScript library that takes advantage of this elegance.

Much inspiration comes from TypeScript itself and from libraries like linq.js. There is of course some variance away from .NET's convention (camelCase methods in favor of TitleCase) and some things simply have to be done different. "Extensions" as a feature might be one of the greatest additions to .NET that JavaScript doesn't have a plan for, but it does have some tricky equivalents.

If you have a .NET Library class that you want to see represented in TypeScript, submit it (as an issue), or contribute it yourself! :)

Why should I use this, let alone TypeScript?

To name a few.

After some time and effort, I've decided that this library should be module based since there are too many files and dependencies that may or may not get used. This is simply the right decision and results in:

Why not take this a step further and break it up into separate NPM style modules/packages?

There is a point where fragmentation and over-granularity just make life harder. If one module depends on another and you want to implement improvements it's just easier if they live in the same place.

Version 2.5 was the first NPM release. The goal is to get this as user friendly as possible.

It's highly recommended to use the UMD (minified) version for most cases since it works for AMD and CommonJS.
Note: WebPack has trouble with UMD. Use CommonJS or AMD if you intend to use WebPack.

Install on only the module type you need in order to avoid type collisions.

Currently it is possible/supported to use TypeScript .NET in a number of different ways:

Recommended for users who are deploying directly to web/browsers:

Note: WebPack has trouble with UMD. Use CommonJS or AMD if you intend to use WebPack.

This should also include require.js in your bower components directory. If you need another module type other than AMD, the TypeScript files are included so you can rebuild however you need.

Mocha tests are in place for core functionality and expanding all the time. Istanbul is used for code coverage. Current coverage is good if not reasonable.

Documentation has a tendency to lag behind and TypeDoc is also lagging on updates.

This library has immense potential and quite often a class, or function that is missing will simply be added. If you log any issues here on GitHub they will likely be addressed swiftly. If you have a class or module you'd like to see integrated, just log an issue and start the discussion or feel free to make a pull request from your own design. :)

Stepping up to Typescript: Fundamentals 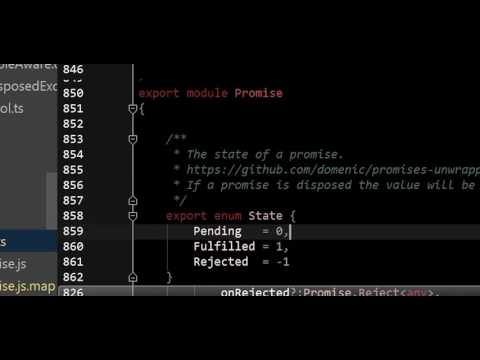 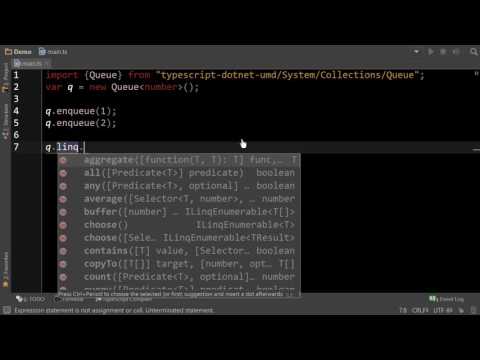