You can read the full documentation for more detailed information, along with examples. 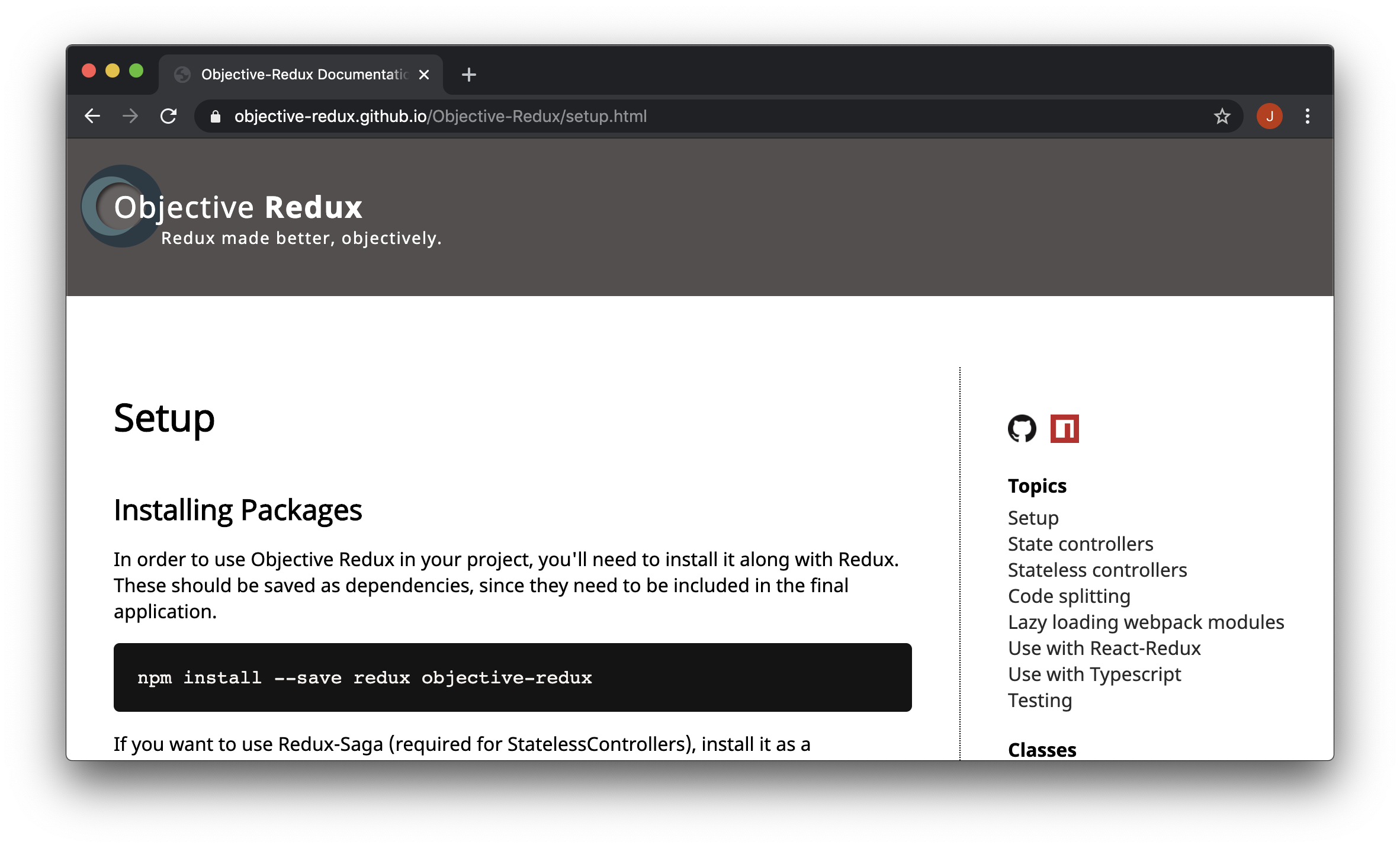 In addition, you can take a look at the example apps in the project's GitHub repository.

Actions are a thing of the past— among other things

Object-Redux largely removes the need for action names, actions, switch-statement-reducers, selectors, and dispatching. You just need to write the mutating functions. Objective-Redux can take it from there.

Using Objective-Redux, your editor knows exactly where to find everything. That means you get intellisense, jump to definition, and more. Plus, your actions and reducer will never get out-of-sync. 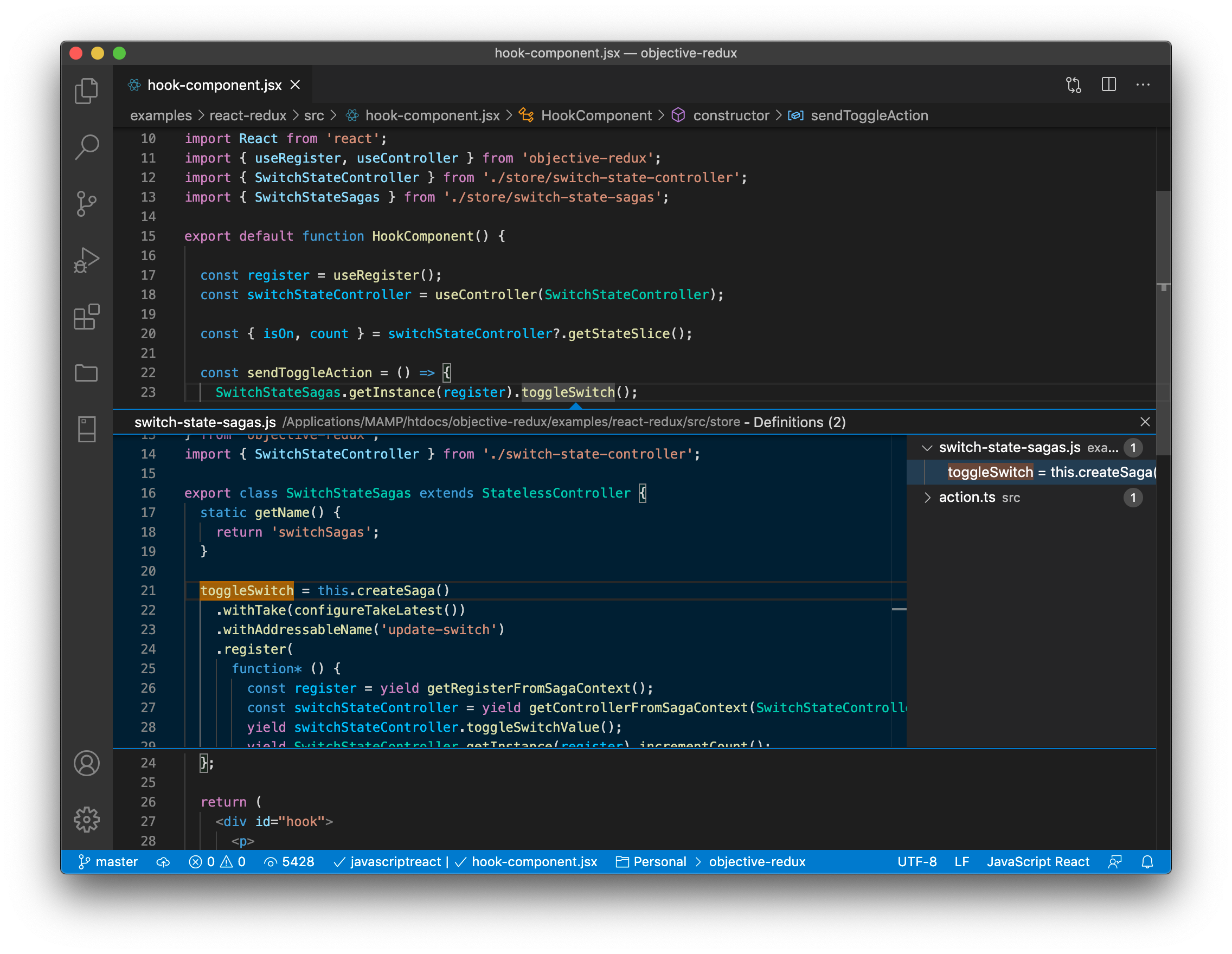 Get the pieces of state you need, when you need them

Stop wiring-up your reducers and sagas manually. And, for that matter, stop using large middleware package to help. Objective-Redux will take care of it for you, and it will do it on demand, dynamically, at runtime. Your store no longer needs to know about what's in it, leaving you free to move parts around as needed.

You can even use the pre-dispatch hook to load bundles when an action is fired. This allows you to fire actions that target controllers that haven't been downloaded, yet. 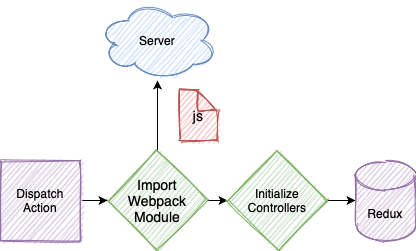 See the Code Splitting and Lazy Loading topics in the documentation for more.

One slice, one object

Each controller class represents a slice, giving an intuitive way for developers to look at and conceptualize the state.

A slice of state never needs to know about what other slices are doing or how they're organized. 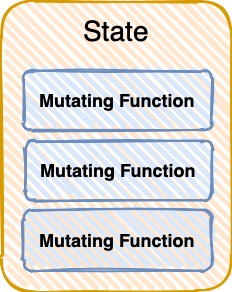 Objective-Redux only requires peer dependencies on Redux and React.

Optionally, you can also add Redux-Saga for StatelessControllers.

Lots of features, one small package

Objective-Redux replaces many of the packages you're already using.

you can simply use Objective-Redux

Bundle sizes vary based on how much of the package is unused and how effectively your bundler can remove the unused portions.

See the Use with React-Redux topic in the documentation for more.

Inject properties or use hooks

You can connect your components to Objective-Redux to inject props from the store. Or, skip the connection process and use React hooks, instead.