A TypeScript Implementation of Flux

The goal here is to provide a quick and easy developer experience, using Flux mechanics. This TypeScript framework relies on developers to define application state based on interfaces, whose type information is then used to infer action ID's, action objects, action creators, reducers.

Where Redux's implementation is based on functional programming and immutability, Manifold-dx uses TypeScript to define immutable structure, then uses generics and type inference to provide out-of-the-box API's for action creation, predefined reducers, dispatching, mapping state to components, and much more.

Let's say we have used TypeScript interfaces to define application state that looks like this:

Now suppose we want to update the user's given_name, from 'Joe' to 'Joseph' (the property on the top right). 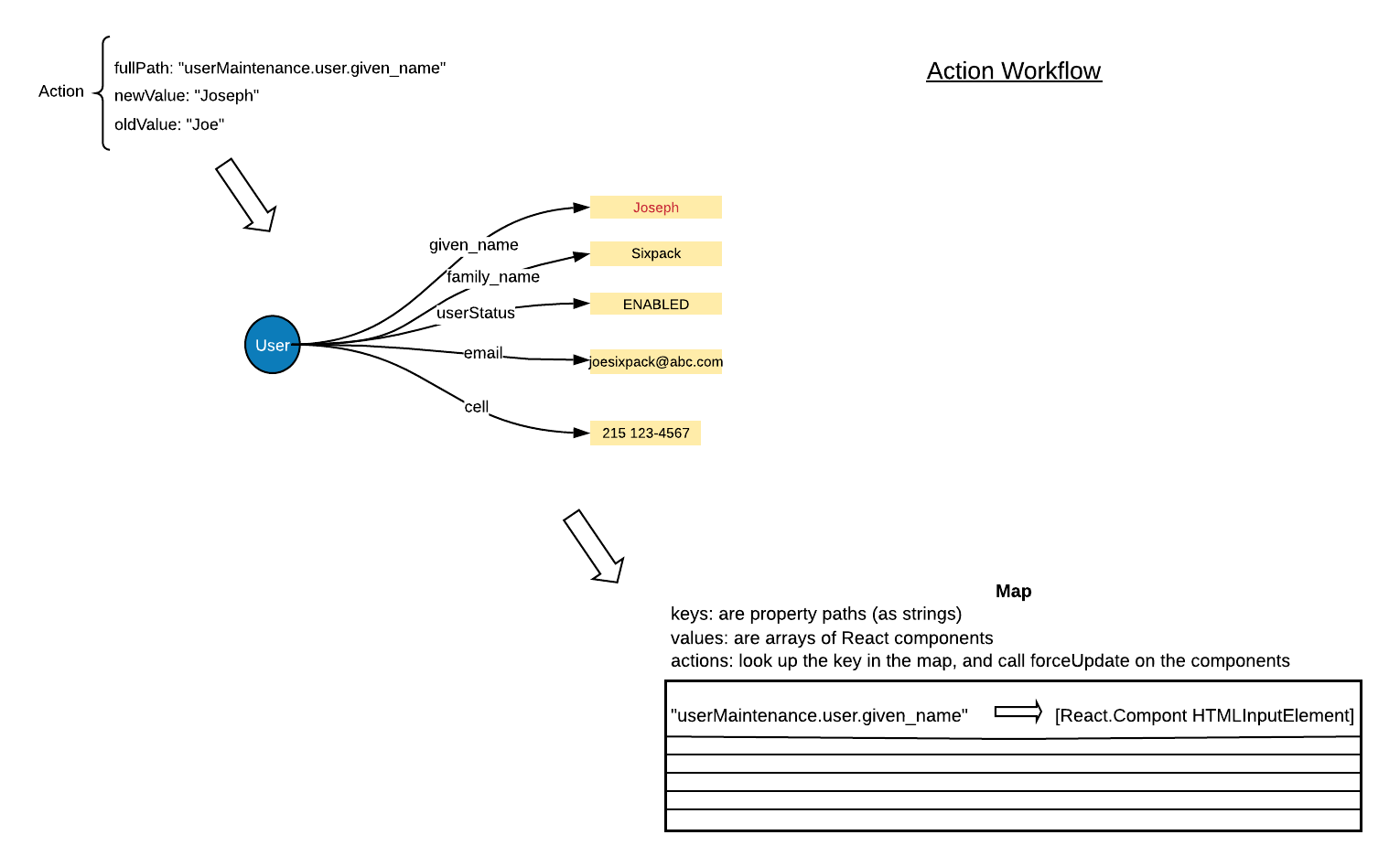 So to make all this happen, you simply call API's that manifold-dx provides for you:

Just to reiterate, you didn't have to write anything, these API's are provided by the library:

What makes it easy

In other words, the only thing a developer has to do is to add two properties to the nodes of their application state. This makes it easy for us to generate the property path ('userMaintenance.user.given_name"), given only the node in the application state.

This is actually a more general question that applies to writing any UI, and it seems that the hard part is that there are a million ways to do it. I'll outline here what has worked well, along with some helper interfaces that make sure that the objects we build agree with the interfaces we have defined.

In manifold-dx, components are lightweight classes that invoke renderers (usually functions) and create mappings between application state and renderers.

Both of these classes require the developer to write two functions:

Obviously Redux has been our frame of reference, but Vuex should be mentioned, as it influenced this design in a couple of ways:

Also note, a coincidental similarity with Vuex is a somewhat nested/compositional approach to state, as opposed to Redux's preferred 'flat' shape.