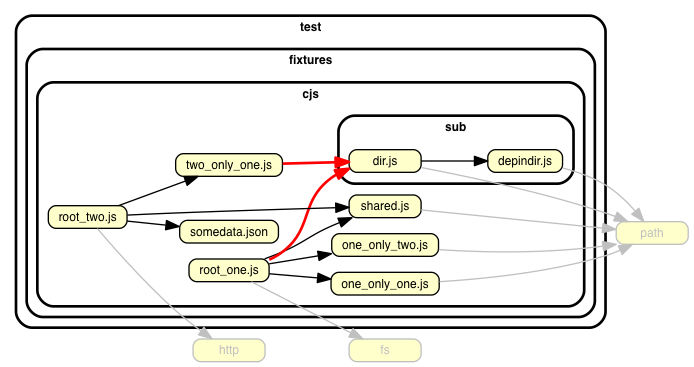 This runs through the dependencies in any JavaScript, TypeScript, LiveScript or CoffeeScript project and ...

As a side effect it can generate cool dependency graphs you can stick on the wall to impress your grandma.

Show stuff to your grandma

To create a graph of the dependencies in your src folder, you'd run dependency cruiser with output type dot and run GraphViz dot on the result. In a one liner:

The easy way to get you started:

This will ask you some questions and create a .dependency-cruiser.js with some rules that make sense in most projects (detecting circular dependencies, dependencies missing in package.json, orphans, production code relying on dev- or optionalDependencies, ...).

Start adding your rules by tweaking that file.

This will validate against your rules and shows any violations in an eslint-like format:

There's more ways to report validations; in a graph (like the one on top of this readme) or in a table.

I want to know more!

Made with in Holland.