create-react-stack is a opinionated react application generator, for projects that run on the browser, node, and mobile. 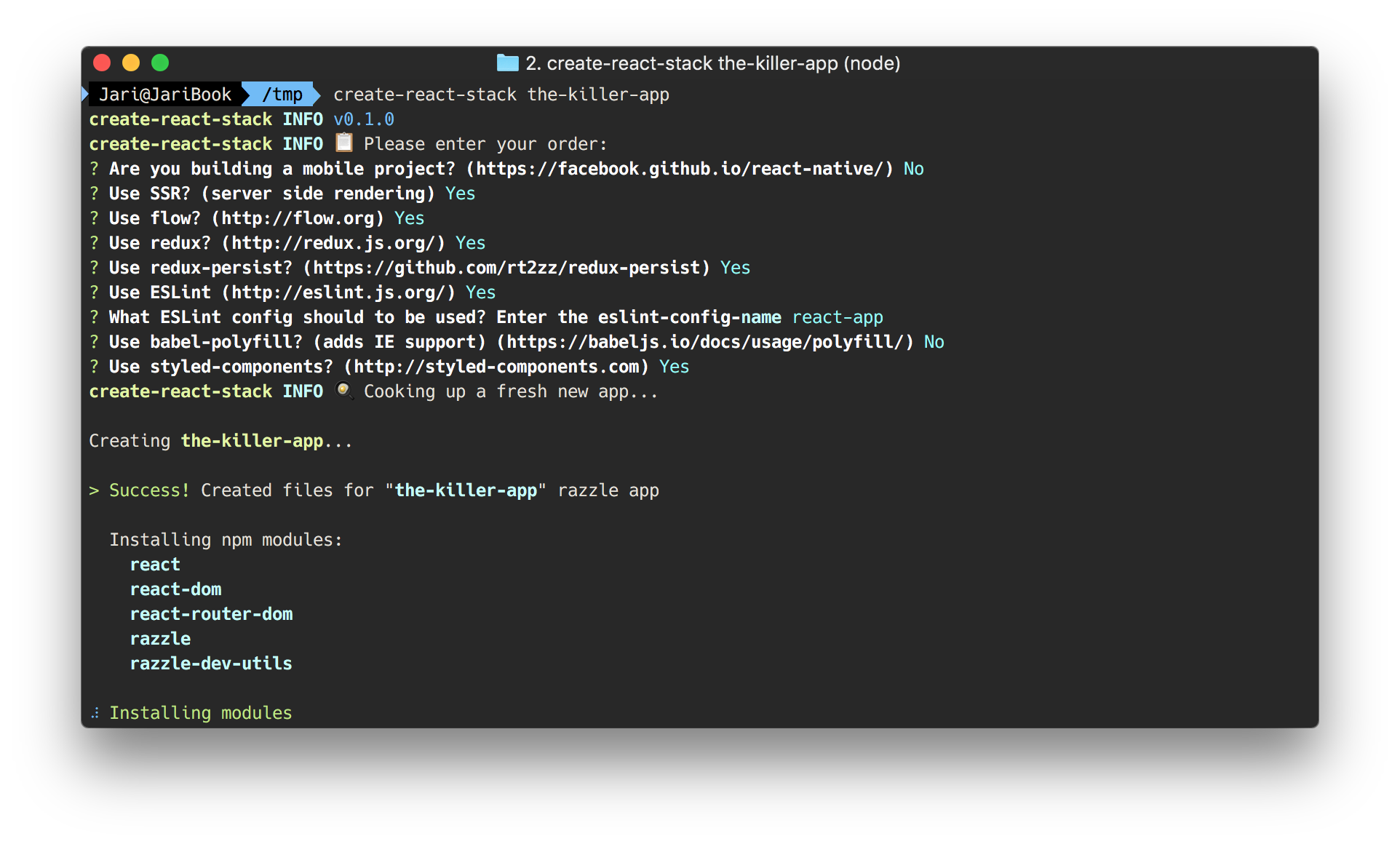 React is simplistic by design. It's what makes React great.
But because it's as simple as it is, you end up with having to add a lot of libraries, which are used that often that you basically need to configure them for every single new project you start on.
While create-react-app and it's friends save you a lot of configuration time, you still end up spending a lot of time adding and configuring said libraries.

This is a collection of the best and most essential libraries in the react ecosystem out there right at this moment.
They're bundled into this simple generator app, which installs and configures the libraries you select; but only the ones you explicitly select.
Although this generator is rather opinionated, every single option is opt out.
It never forces you to use any of the recommended libraries included in here.

This list of libraries will likely change often, and we're planning on updating this app as often.
That's why you should not globally install create-react-stack, and instead run it with npx (grabbing the latest version every time you execute it):

Optionally when using yarn, you can run: