This is a Node.js module, which extends session with conversation scope - concept from JBoss. It is session agnostic, so it can be integrated with any session module, no matter if it uses database to store data or just memory.

The conversation context is active during any request. Most conversations are destroyed at the end of the request. If a conversation should hold state across multiple requests, it must be explicitly promoted to a long-running conversation. 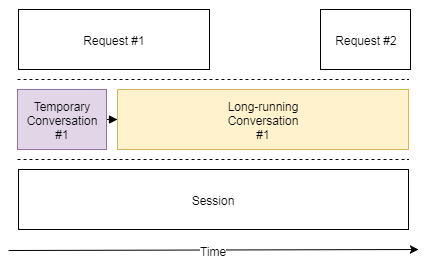 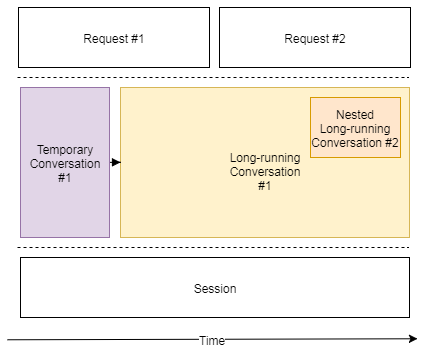 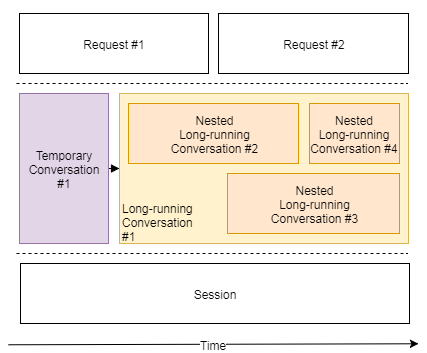 You can download module source from GitLab or install it with Node Package Manager (npm):

Run module as middleware with the given options. It generally loads conversation, adds cs property to request, then calls next function.

conversation-scope accepts these properties in the options object.

Function in form of fn(key), which will be used internally by module in order to get data.

Function in form of fn(key, value), which will be used internally by module in order to save data.

Specifies the keys which should be excluded from conversation scope and treated like normal data in session.

Stores in conversation data specified with key and value.

Retrieves data from session, which was stored with provided key.

Specifies that a long-running conversation begins.

Specifies that if a long-running conversation is already in progress, the conversation context is simply propagated. 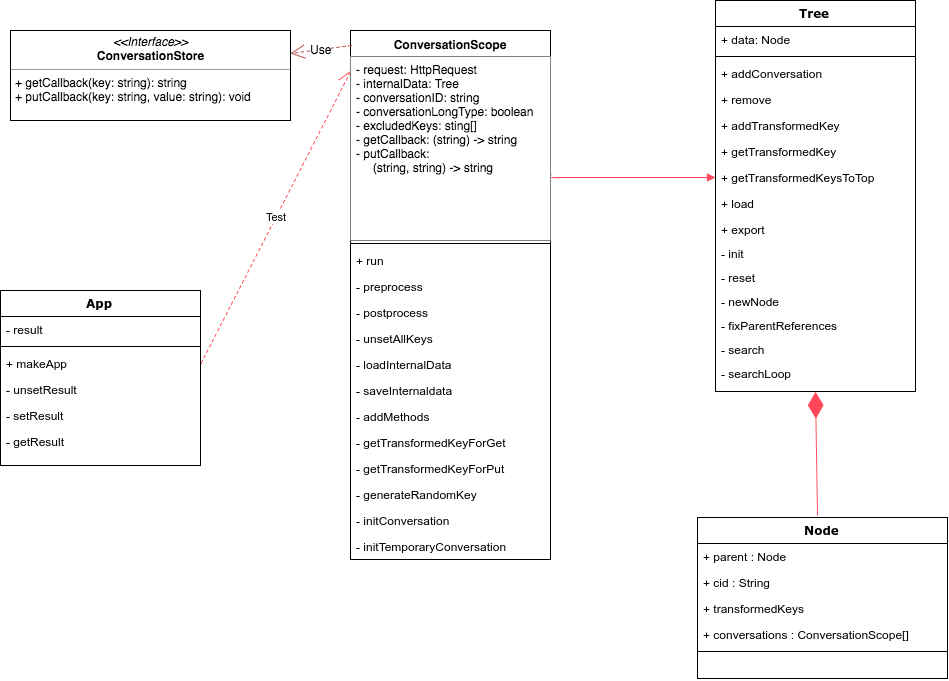 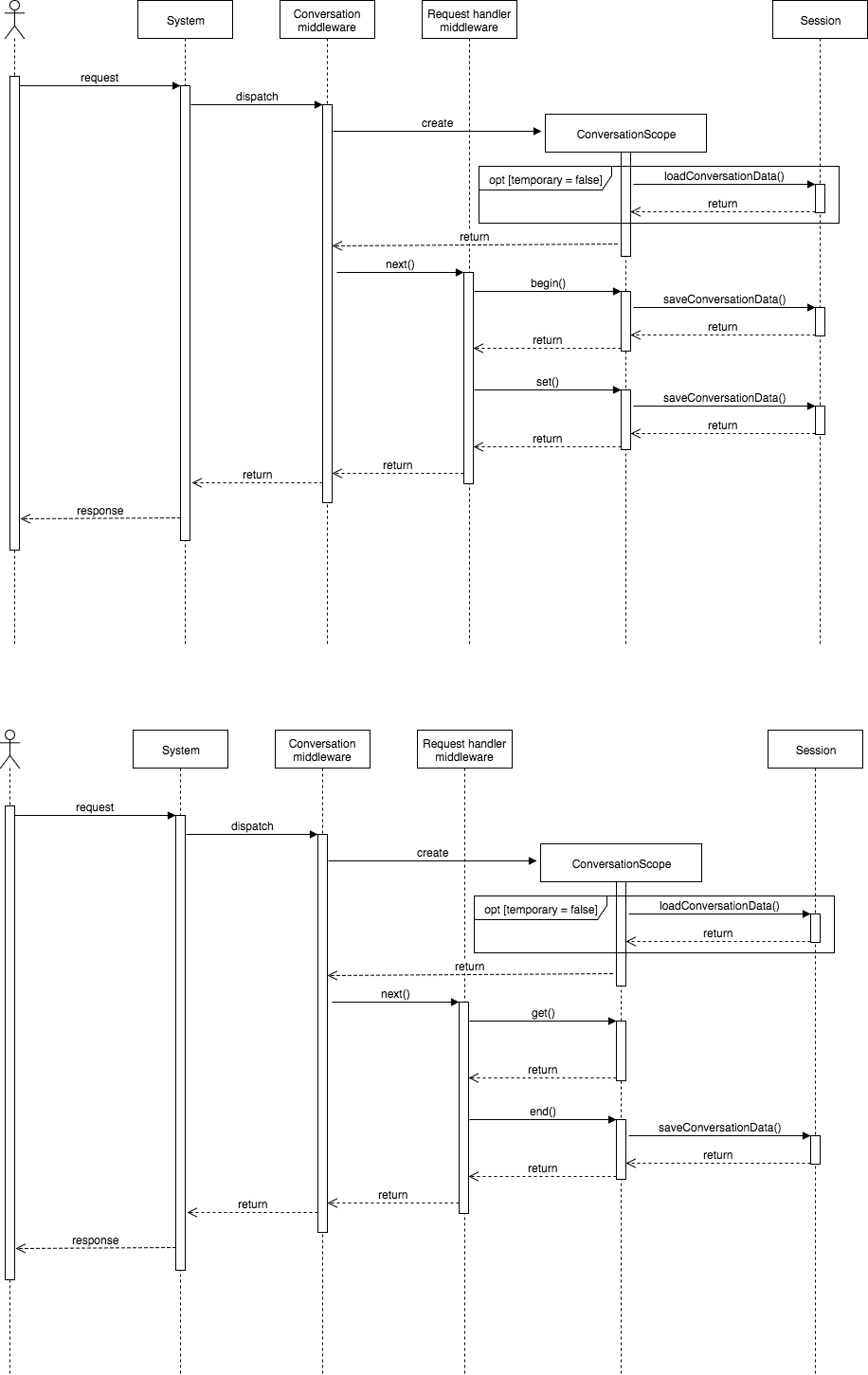