See all the other examples and their source code!

renderList prop to define your list (root) element. Your function gets three parameters and should return a React component:

renderItem prop to define your item element. Your function gets 5 parameters and should return a React component:

An array of values. The value can be a string or any more complex object. The length of the values array equals the number of rendered items.

Called when the item is dropped to a new location:

The List component is stateless and controlled so you need to implement this function to change the order of input values. Check the initial example.

Called when a valid drag is initiated. It provides a direct access to all list DOM elements and the index of dragged item. This can be useful when you need to do some upfront measurements like when building a table with variable column widths.

Default is false. When set to true and an item is dragged far left or far right (out of bounds), the original gap disappears (animated) and following item drop will cause onChange being called with newIndex = -1. You can use that to remove the item from your values state. Example.

The duration of CSS transitions. By default it's 300ms. You can set it to 0 to disable all animations.

If true, the dragged element can move only vertically when being dragged.

In order to support screen reader users, react-movable is triggering different messages when user is interacting with the list. There is already a set of English messages included but you can override it with this prop.

Provide custom DOM element where moved item will be rendered.

There are also additional two helper functions being exported:

They are useful when you need to manipulate the state of values when onChange is triggered.

There are two main ways how you can implement drag and drop today:

There are multiple great libraries in React's ecosystem already. DnD can get pretty complicated so each one of them covers different use-cases and has different goals:

react-dnd is a general purpose DnD library that makes amazing job abstracting quirky HTML5 API. It provides well thought out lower-level DnD primitives and let you build anything you want.

react-beautiful-dnd is a really beautiful DnD library for lists. It comes with a great support for accessibility and it's packed with awesome features. It doesn't use HTML5 API so it doesn't impose any of its limitations.

react-sortable-hoc provides a set of higher order components to make your lists dnd-able. It has many features and approaches similar to react-beautiful-dnd but it's more minimalistic and lacks some features as accessibility or unopinionated styling.

So why react-movable was created? There are two main goals:

Features that are not supported (and never will be)

If you need the features above, please give a try to react-beautiful-dnd. It's a really well-designed library with all those features and gives you a lot of power to customize! If you are building an application heavy on DnD interactions, it might be your best bet! react-movable's goal is not to be feature complete with react-beautiful-dnd.

Other feature requests will be thoroughly vetted. Again, the primary goal is to keep the size down while supporting main use-cases!

This library is tightly coupled to many DOM APIs. It would be very hard to write unit tests that would not involve a lot of mocking. Or we could re-architect the library to better abstract all DOM interfaces but that would mean more code and bigger footprint.

Instead of that, react-movable is thoroughly tested by end to end tests powered by puppeteer. It tests all user interactions:

All tests are automatically ran in Travis CI with headless chromium. This way, the public API is well tested, including pixel-perfect positioning. Also, the tests are pretty fast, reliable and very descriptive.

Do you want to run them in the dev mode (slows down operations, opens the browser)?

If you are using react-movable, please open a PR and add yourself to this list!

This is how you can spin up the dev environment:

I wrote an article about Building a Drag and Drop List. 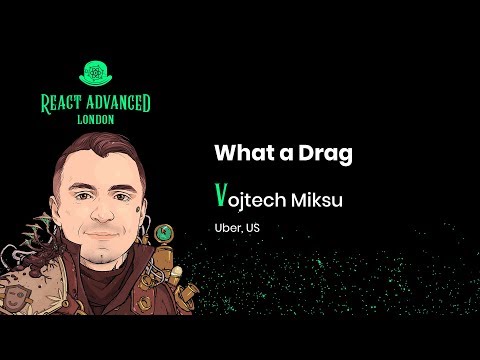 The popular React DnD libraries were already mentioned in the motivation part. Big shoutout to react-beautiful-dnd ️ for supporting multiple great features and adding first-class support for accesibility! It was strongly used as an inspiration for react-movable!

Big thanks to BrowserStack for letting the maintainers use their service to debug browser issues.

And Netlify for free hosting.