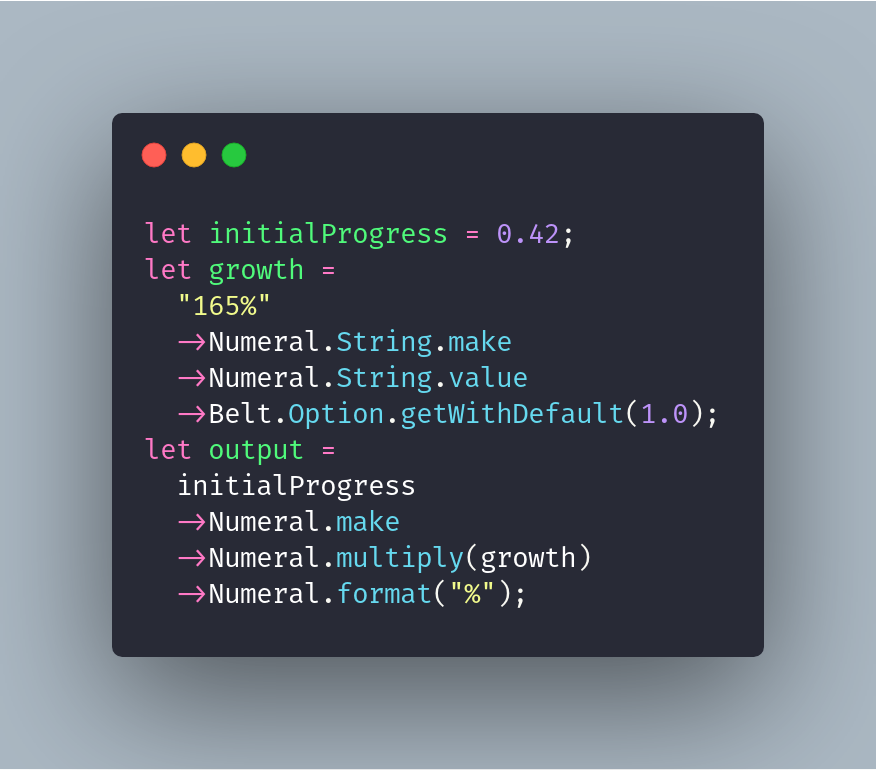 🏁 Use in your project

Run this command in your project's directory:

And then add the project to the bs-dependencies array in your bsconfig.json file, like so:

There are a few other Numeral.js bindings, and it's easy to write an simple binding yourself if you only use a few of its functions. This project aims to be a complete implementation. To help ensure accuracy, it uses (mostly) the same tests as vanilla Numeral.js. The goal is to provide a hassle-free replacement for people used to using Numeral.js in their JavaScript.

As with most ReasonML bindings, the interface files are mostly self-documenting. You can view this project's interface here.

Numeral.js uses several JS paradigms that don't directly translate to ReasonML, but this tries to make the transition as smooth as possible.

Notable differences between this binding and vanilla Numeral.js:

You'll notice that this binding is very strict about what types are accepted as input. Numeral.js can throw a runtime error with malformed inputs, or simply return null. Strictness helps ensure that corrupt data doesn't escape into the rest of your code. If you find the strictness too limiting, open an issue with your situation.

If you use vscode, Press Windows + Shift + B it will build automatically